SEE: BREAST CANCER – A LUMP IS NOT THE ONLY SIGN

A UK designer has created a fun visual guide on what you should look out for in your breast exam, using a surprising substitute . . .

Corrine Ellsworth Beaumont, a designer from the UK, has launched the campaign #KnowYourLemons, which has gone viral on social media.

The campaign aims to raise breast cancer awareness through a clever visual guide that shows the signs and symptoms using lemons.

According to the NHS, lumps are the most common sign of breast cancer, but other symptoms can be seen rather than felt.

The UK designer has created a series of images using lemons showing things like dimpling, redness/heat, retracted nipples and indentations.

Ellsworth Beaumont knew she needed to find a “breast substitute” if she were to create any illustrations pertaining to breasts because of the censorship which would limit the reach of the campaign.

Read: A woman is never too old for a mammogram

This is why she chose lemons. It’s a creative way to showcase what women should be looking for when they do a self examination. Ellsworth Beaumont wants the images to be seen by as many women as possible in the hopes that they will use the images to educate themselves, share the posters with other women and donate to the campaign so that women who aren’t on social media can benefit from the images. 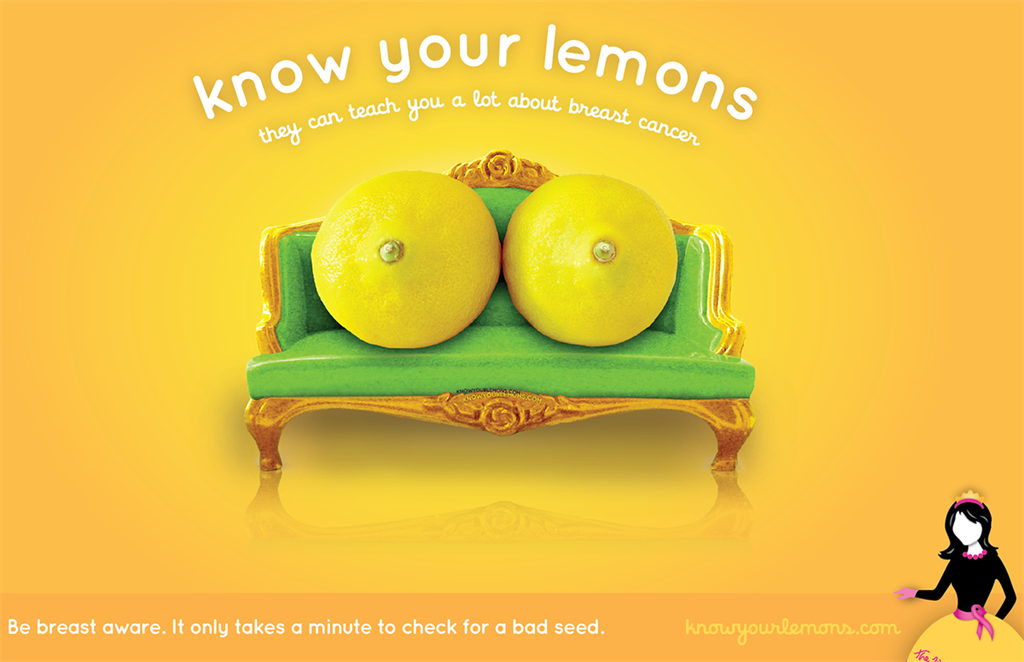